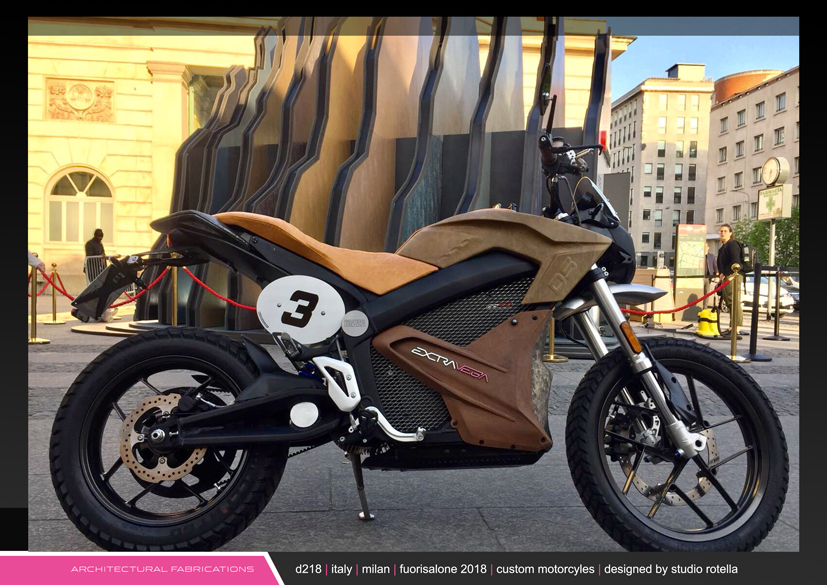 The worlds of design and furniture marry two wheels, resulting in a unique electric motorcycle, presented at FuoriSalone2018 in Milan. A Liquid Metal Design project called “E-Weel” translated, a custom motorcycle. It is called E-Weel and is an elaboration based on a Zero DS ZF14.4.

EXTRAVEGA developed as an idea, a concept, curated and customized by WHAT BIKE ARE YOU , a new reality in the varied world of motorcycle elaborations made in Italy and with the valuable collaboration of Milanese designer/architect Fabio Rotella. For the first time on a motorcycle, precious materials usually used in architecture, furniture and design objects were used. Precious materials designed to withstand the elements. A unique piece!

“I’ve had a motorcycle in my life since the age of 14, from moped to racing motorcycles, a passion that has never been quenched, unique excitement, freedom, exploration; these feelings of pure well-being have been studied by researchers at the University of Tokyo who concluded: riding a motorcycle is great exercise for the brain and is good for you,” says Fabio Rotella.

E-Wheel is an example of an evolved contemporary product interpretation. The tank and saddle are made of capitonné leather thanks to the craftsmen of the RoyaLeather company, materials crafted to last and withstand the outdoors. Corten iron finishes such as the side fairings, tail and toe box by Extravega Architectural Fabrications also intervene among the fabricated parts. A stretched grille supplied by Metalltech, a material usually used in architecture, covers the battery department; round plates in satin-finished steel, made by A.M. SteelSolutions, house the logos of the creators of the work; accessories such as rearview mirrors, grips, and levers were designed and made specifically for this futuristic project and supplied by the company Barracuda Moto.

Italian artisan companies involved in the project coordinated by What Bike Are You, which made it on the Zero motorcycle supplied by HP Motorrad. An example of customization of the highest profile. 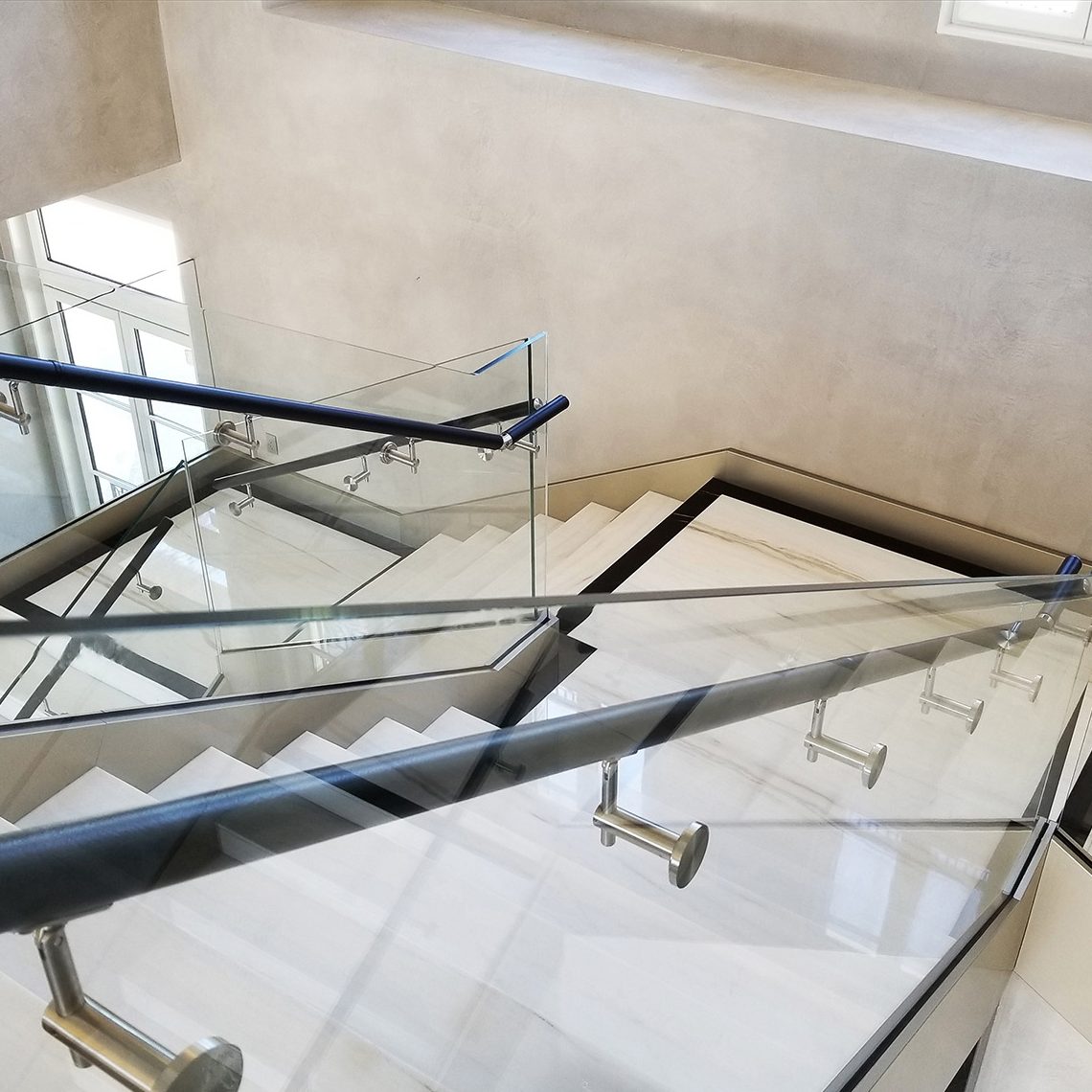 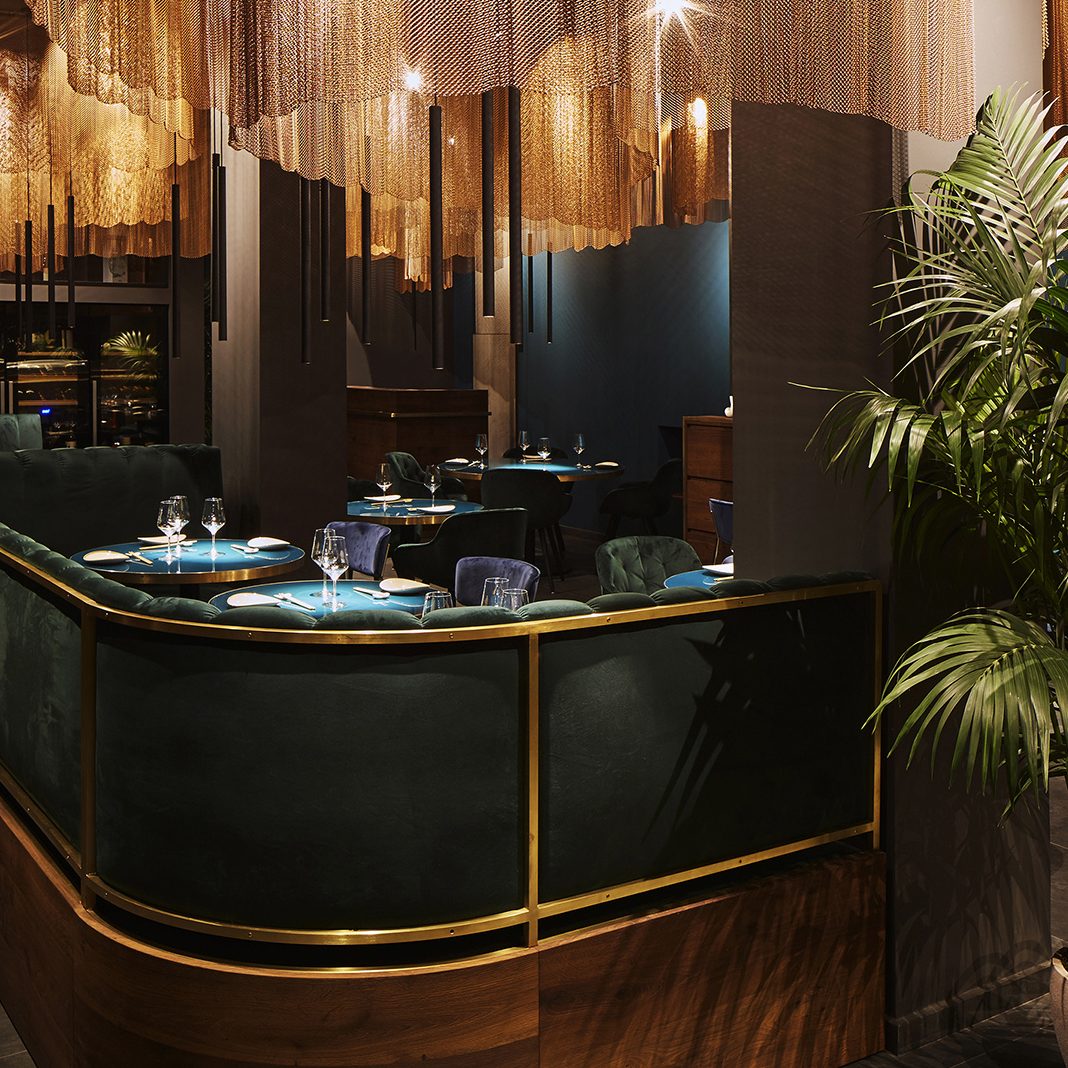