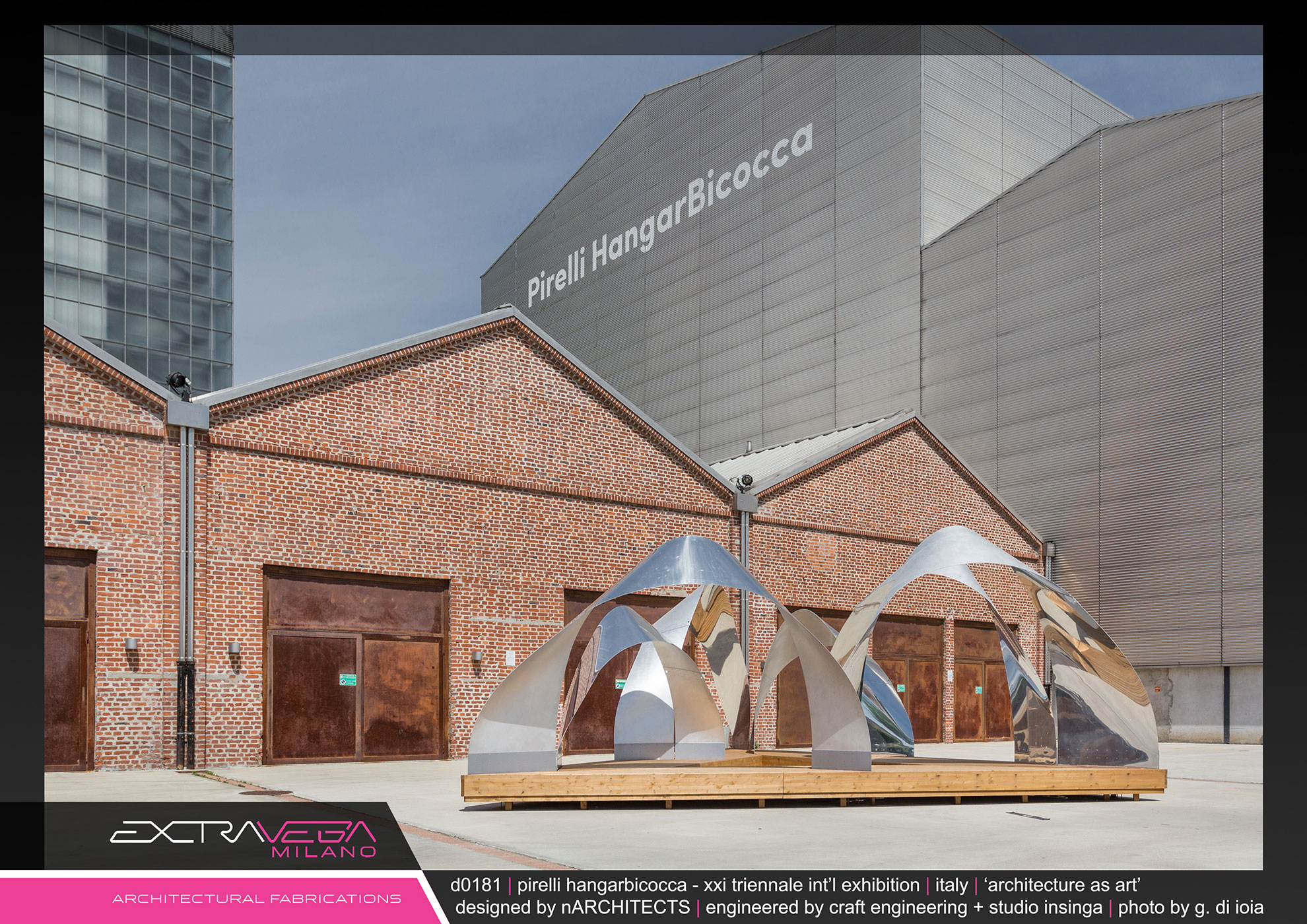 nARCHITECTS create a human-scale installations as “the architectural equivalent of entries in a possibile dictionary, such as Portico, Entrance, Rehabilitation, Roof, Shelter, Pavilion, etc.” Six interlocking aluminum vaults spring from a triangular outdoor stage to define a new space for performance and serendipitous public use – and misuse.

The vault – historically erected over social gathering spaces, such as thermae, amphitheaters, and basilicas – is one of the most fundamental elements of architecture. While traditionally built with massive load bearing masonry, and expressing solidity and strength, the aluminum vaults in Polycentric Pavilion are as thin as possibile – 5mm – making their connection to the environment more tenuous, as they respond to external forces such as sound and wind. Sound – emanating from a performance, from the vaults moving with the wind, or elsewhere in the Bicocca grounds – is projected by the aluminum vaults in unfamiliar ways, heard by a mobile public. 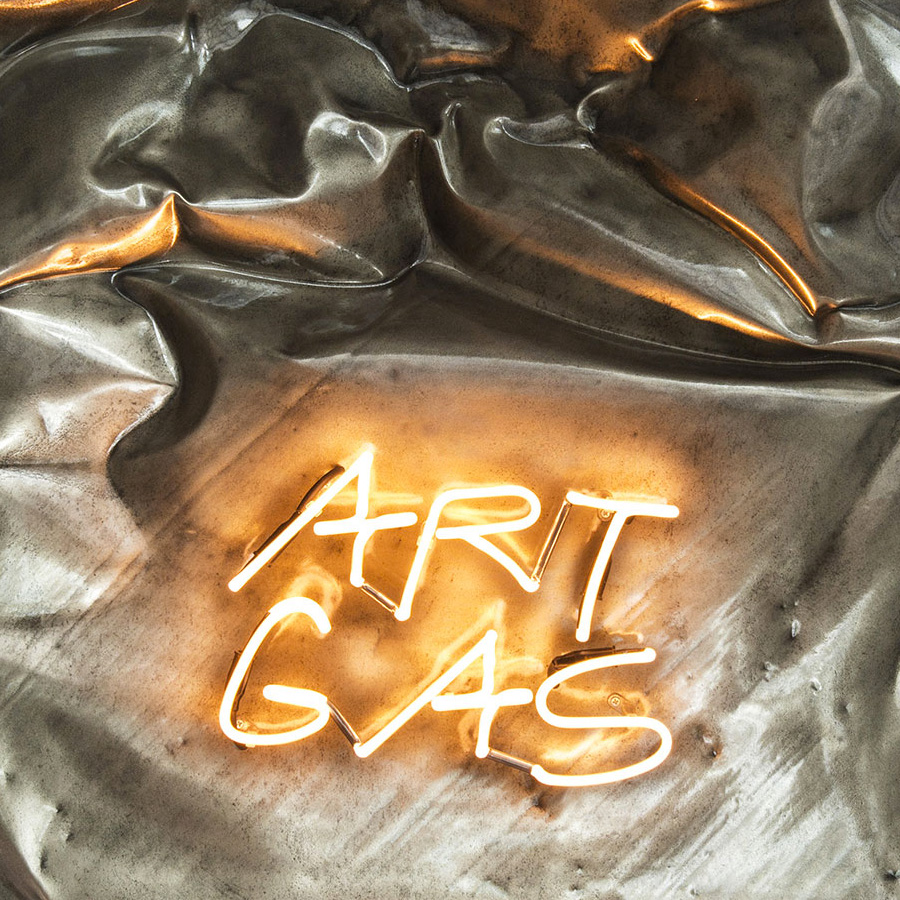 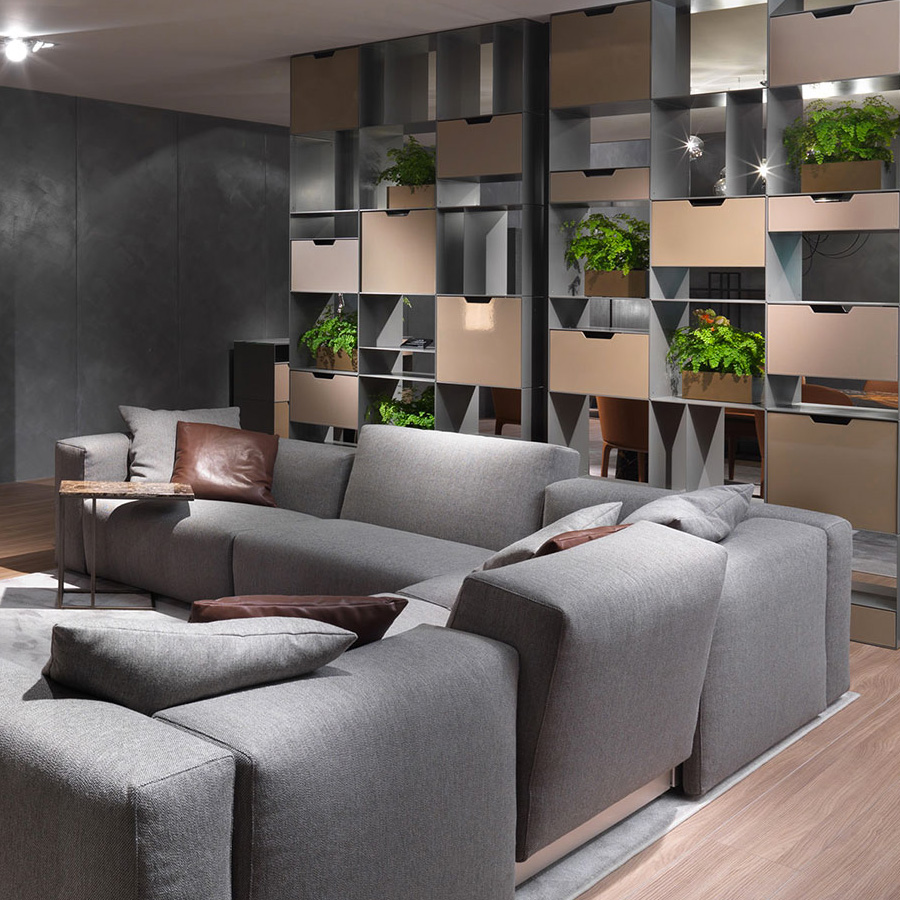